Is the Qi the Force that accompanies me? Interview with the Qi. Part I

I’ve been looking for the time to ask these clarifying questions for a long time and I feel lucky to have Qi here to answer me. The term Qi has become a common used word in our everyday vocabulary, but we really don’t know in depth what it refers to. Welcome!! could you clarify for us what your real name is? Or what should we call it?

Answer: Thank you for your research and the opportunity to clarify some names or concepts about me that can be confusing. My real name in Chinese culture is simply Qi, there is no translation of it, nor is there a word in Western culture that can represent my name. Although it is good to clarify that the concept of Qi is not unique to Chinese culture, most cultures around the world have a concept similar to Qi, such as: 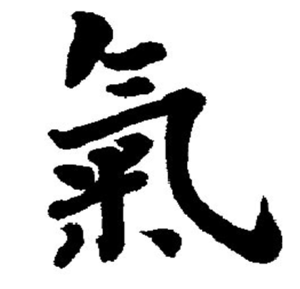 It shows us that at a certain moment the human being of different cultures, with different ideologies and in chronological moments of historical development, becomes aware of the presence of Qi, of the manifestations and transformations in man and in the environment that surrounds them and , the most important of the inseparable connection with the universe.

If the correct thing is to call it Qi, could you define what its nature is?

Answer: The term Qi accompanies many words in everyday vocabulary as a suffix or prefix, which makes us understand that the concept itself is not at all mysterious is the oriental culture. Qi is defined as any energy that demonstrates power and strength, whether it is electricity, magnetism, heat, or light. Electrical energy is called Electrical Qi (Dian Qi) and heat is called Heat Qi (Re Qi). 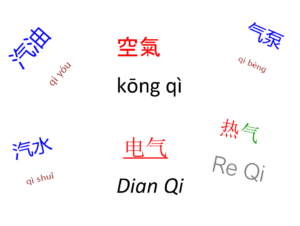 The word Qi can describe different tangible and intangible aspects of perception of everything that exists in the universe, therefore, several times we have seen Qi relate to words such as spirit, force or charge, spirit, luck, energy, ether, etc.

When we speak of the universe in terms of Qi, we have to overcome the border between the concrete and the abstract, since the Qi can be matter and energy at the same time depending on the context from where we observe the phenomenon produced. Qi is essence and movement, the effects it produces can resonate in a perceptible and differentiable way.

Let’s talk about its rise to popularity in the West in “The movie Star Wars”, do you think the term defines what Qi represents in the West?

Answer: Throughout the saga, from its beginnings to the last films, the concept of “The Force” as an energy coming from a universal force field that surrounds us that sustains the living human being and upon death, this energy will return to that universal source.

This concept supports one of the principles of Qi, which indicates that everything in the universe is interconnected and that both energy and matter are not lost, but are transformed, returning to the original source to which we belong.

It is important to emphasize that the universal force does not stop at the original source, but rather that source is maintained in a dynamic of exit and return, because its nature is constant flux.

By presenting duality of the force, with its good side and its bad side, it presents an aspect of extremes of energy or Qi. Presenting us the battle within ourselves, shows that fragility of the nature of being, which is influenced by its weakness by the dark forces that we carry within.

Qi is dual, and its duality is part of the inseparable unity existing within man and the universe. Each side will be more visible indistinctly when it touches its extremes of force, the fact of reaching these extremes does not mean that its counterpart is absent, but on the contrary, it is waiting for its moment to resurface. That replay between the extremes is what represents the internal movement of Qi, known as Yin and Yang.

Knowing that the seed of one is present within the other, as human beings makes us aware of maintaining the constant search for balance. Nature naturally supports the dynamics of balance because it has as its principle the sense of unity. 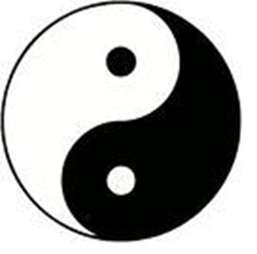 Master LaoTse Tao describes Qi in one of his tables:

Dao from which One is born (the unmanifested Qi).

One that gives birth to Two (the static polarities of Yin and Yang).

Three: a dynamic Qi appears that opens the Yin and Yang in

a harmony of interaction.

And of the Three, the creation

[in time and space]

unfolds and all things are born.

In this way, all things carry the yin on their back and embrace the yang.

By mixing the Qi, they achieve harmony.

We could say that the Qi:

Taken from the Center for Universal Studies “Energy”

If we were to look for scientific terms to quantify Qi, we would have to use the principles of quantum mechanics, where we would position Qi as the fundamental essence of all material objects, only that it simultaneously transports their interactions in wave form. 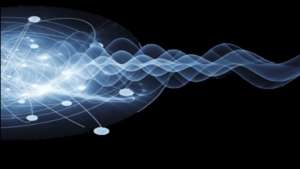 The difference between Eastern metaphysics and Western philosophy is in the union established between mind and matter. The mind that is our consciousness is a form of energy, perhaps the most powerful of all, I think it could go at the rate of the speed of light, be aware of what we think and the projection we do with our thoughts. The transformation of the thoughts manifest that potential that the Qi has to be. Depending on the multiple layers in which the Qi can interact. The combination between the intangible part of the universe and the human, can give rise to tangible manifestations or matter.

Assuming that all phenomena are energy, that energy is always conserved and that all events are related to each other from the macrocosm to the microcosm that is your body. This Qi awareness is the foundation of Chinese medicine for thousands of years.

There is so much to talk about about Qi, would we like to know if the Qi that surrounds us or the Qi that we acquire at birth can be modified?

Answer: Rather, I would say that after observing the interrelation of the human being with the universal energy at the different levels that we can study Qi, common practices have been developed that have the specific objective of seeking the synergy between Universal Qi and the Human Qi  . 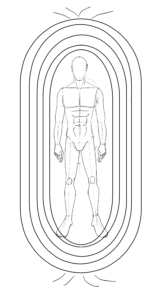 Within the  Human Qi we find:

1.Relationship of Qi on the body – mind – spirit (direct)

2.Relationship of the Qi of the environment with the human being (indirect)

In Chinese medicine, it has the function of maintaining life activities. It represents the constant flow and transformation of Universal energy within man, Qi is energy that is linked to air, breath, blood and nerves. Qi can maintain, defend and restore the functions of internal organs and body systems.

Generally speaking, the Qi of the human body has five functions: to promote, warm, defend, consolidate and govern, promote metabolism and transformation.

The nutritive energy that comes from food and

maintains the functions of the body is called grain or food Qi (Gu qi).

The Qi that generates the normal functioning of the internal organs

Having an active Life Qi means that you will have an active personality.

You possess Qi because you have a spirit (Shen).

You have spirit because you have Qi.

Without Qi it means there is no spirit;

Using techniques such as acupuncture, Shiatsu, moxibustion, seek to regulate the Qi in those points stagnant in the meridians and internal organs affected by emotional factors such as joy, anger, worry, pain, fear or fright or diet.

With the use of natural medicines and a macrobiotic diet, they promote the flow of Qi from the digestive system to the other systems of our body. Qi behavior can result in health or disease.

The consciousness created by the Chinese civilization to cultivate and strengthen vital energy has generated exercises or practices that use the body, breath and mind,

These movements whose purpose to flow, develop and keep the Qi in free movement, internal martial arts such as Tai Chi and Qi Gong strengthen the Qi using movement in the human body and mind without using force.

External martial arts such as Kung Fu, Aikido or. Judo cultivate the Qi, keep the movement together with the force, in sync with the strengthening of the mind. 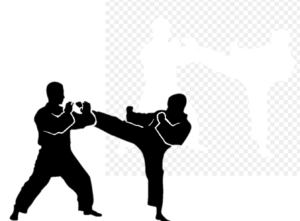 There are external factors that affect the movement and behavior of the Qi, such as the weather, the earth’s magnetisms and the shapes of the environment. Can Feng Shui modify the Qi for the benefit of people?