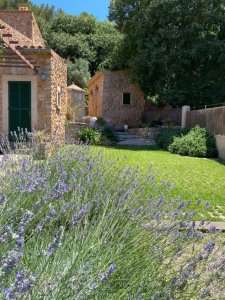 For those who don’t know me, my name is Evelyn Escarfullery, I learned to read my first letters of the alphabet at the same time that I learned to interpret an architectural  floor plans, when I was doing my homework at school, just under my father’s drawing table, at the time when the rulling pen was used to draw a floor plan. My love for  the spaces was modeled next to the metaphysics teaching I received, when I accompanied my mother to philosophical talks.

We are very passionate in my family, that’s why when the environments got hot in my house, I used to move the furniture from one place to another, it was super funny to see me broom in hand, however the exercise managed to soften the tension of the environment, later after much searching for answers I knew I was moving the stagmant    Qi  after so much debate.

The roads of life are winding, my sensibility as a youth moved to crafts, textiles and the business sector. As a surprise entrepreneur, I was absorbed by the world of hotel decoration, my questions about the environment and its effects on people were kept there waiting for their moment.

Space and philosophical reflections found some answers when I reached my hand with a Feng Shui book by the author Walter Derek, and of course, my long conversations with my friend Alexandra German, space harmonizer, to whom I owe the inspiration to continue on this path. .

My observations about the spaces that surround us, how they affected the people who occupy them, found answers after two decades of studies of Feng Shui and other oriental disciplines, making trips from the Dominican Republic to the United States, Canada, England, later to China, until today we have crossed the borders with the digital world where we keep searching for new knowledge in the school of Feng Shui Research Center. My friends call me a trainee because I have not stopped studying yet, I think that the true path of knowledge about something you like has no limits. Because it’s never too late … I share my encounter with Feng Shui

In order to show the vision acquired about spaces, the benefits it can bring to our lives, I have created the Espaciobiodinamico website, in which possibly the exposed concepts have nothing to do with what we are normally used to, especially when we are not We have an idea about Feng Shui and everything that oriental thought entails, even more so when the new concepts at first sound like Chinese … hehe.

And why now? Because I believe that we are at the moment of opening up Eastern knowledge, understanding that as Westerners, we have entered a phase that allows us to leave behind prejudices created about their disciplines, putting aside the sense of superstition and folklore, and even more, many take advantage of the legacy delivered by teachers and consultants who have implemented all Eastern thought methodologies in their studies.

Now we have more resonance with ourselves and the environment, because it is not a matter of nullifying the scientific-causal knowledge of considering the world, as Carl Jung mentions, but of understanding principles such as the synchronicity between time, space and man.

So I think the invitation to various professionals from architecture, the world of interior design and the environment is very positive for which there are methods of Feng Shui such as the School of the way that studies the surface of the Earth in its physical aspect , current and natural, such as its mountainous and hydrographic formations; other schools such as the Flying Stars School or the Water Method (San He) which allow us to have a holistic vision for the development and planning of individual and urban projects, with the help of some techniques that facilitate the implementation of projects from scratch in a field, adding another observation point.

In the same way, there are other methodologies in Eastern thought that can contribute to health therapists, doctors, psychologists, etc., and of course the ordinary citizen, such as personal energy diagrams or Ba Zi Diagram, proposing a vision on the man, his abilities and forms of behavior they propose guidelines for a new posture of life and management of physical and mental health; Facial psycho-morphological studies also called Mian Xiang, help us to get to know your interlocutor much better, creating a better communication and personal or professional relationship. 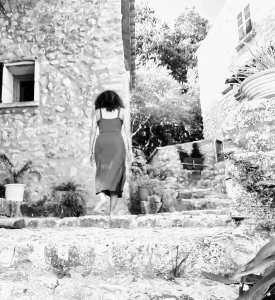 I have created this blog for everyone, in order to be able to integrate into our daily lives, tools to know yourself and the different spaces that you occupy, from your home to the professional space, being aware of the tools provided by Eastern thought, to the Putting them into action will be able to be the best maker of your life. It is not a question of abandoning our training origins under Western criteria, since this is our reality, but of taking other points of reference that will enrich the result as we acquire and put these new concepts into practice.

I avoid looking for false routes of knowledge, that is why I rely on research, it is what I have learned through my Master Joseph Yu, when he encouraged us to verify his teachings through practice, this is my proposal in this medium, the invitation to verify through own experience. I invite you to know them !!

“Eastern thought has a single source of origin, nature, a universal language that has no borders.”