Learn the secrets of the Chinese calendar

When the first new moon of 2022 arrives on February 4-5, we will enter the year of the Water Tiger, no matter how skeptical we may be, we will seek information of all kinds, from the spiritual, political, philosophical to economic, to obtain clues that will influence our projections of this year.

The human being seeks this information in a natural way, penetrating the ancestral DNA, supported by the changes that the celestial bodies presented, initially for the establishment of daily activities which we understood that we could be oblivious to these stellar changes, such as sowing. , transfers from one place to another or war.

Little do we know that the Chinese calendar, which in addition to using these cute animals to describe each year, has behind deep studies on the movements of the planets, constellations, sun, moon, etc., at first the aim was to create a guide for the farmers to match their sowings with the rhythm of the land, later, these patterns contributed to a better understanding of the human being.

The integration of the names of animals occurred during the Shang Dynasty, whose order of the animal signs is indicated by a legend of Buddha:

Buddha ordered all the animals on Earth to be summoned before him, of which only twelve appeared before him. The first to arrive was the rat, riding on the back of an ox, leaping forward and running towards him as soon as he saw Buddha.

The Chinese calendar is a lunisolar, it uses the measurement of the passage of time of the moon and the sun, the first measures 354 days and the second 365, to compensate for the time difference of the Lunar calendar, a total of 11 days, every 3 years they add a month unlike the Gregorian which is every 4 years.

How is the Chinese Calendar composed?

The Chinese lunisolar calendar operates on a sixty-year cycle (60 years) consisting of 10 stems (干 gàn) and 12 branches (支 zhī). The celestial stems and the earthly branches are grouped in binomials under the principle of Yin and Yang, uniting the celestial Yang stems with the yang branches and, the celestial Yin stems with the Ying branches, a perfect gear is created whose grouping of binomials of stems and branches, create a cycle called the 60 Jia Zi Cycle.

The Celestial Stems are an ordinal numbering system used ranging from 1 to 10. It was first used to number the days of the weeks based on the belief of ten gods present in the sky. But this concept evolves even more, becoming codes of representation of units of time, elements of nature, human attitudes, organ systems and everything when it could fit into the energy potential that each one represented, respecting the principles of Yin and Yang. .

The Earthly Branches go from 1 to 12, they were named with the names of animals, to facilitate the understanding of farmers, as a mnemonic rule, their composition has the attributes of Yin-Yang and Wu Xing (five elements). The 12 branches contain within themselves, different types of Qi, whose function is to support the actions, root or foundation to them.

By using the twelve terrestrial branches to determine the time it takes for the earth to rotate on its own axis, 24 hours, the hours were divided into units of 2 hours, the day begins with the Zi branch and ends with the Hai branch.

If we repeat the pattern of combinations of 60 binomials, the cycle is completed every 5 days. The use of the 60 combinations is used to mark the hours, months, years, decades, etc.

We are in the Jia Wu Decade (Wood Horse yang), 2022 will be the penultimate year of this decade, the  Yang Water Tiger (29).

The Yang Water Tiger, Ren Yin, is a sample of the forces of nature, water is an element that invites us to mold ourselves to the environment that surrounds us, while the Tiger branch is composed of elements of Fire, Earth and Wood. They are the ground where we will execute our actions. 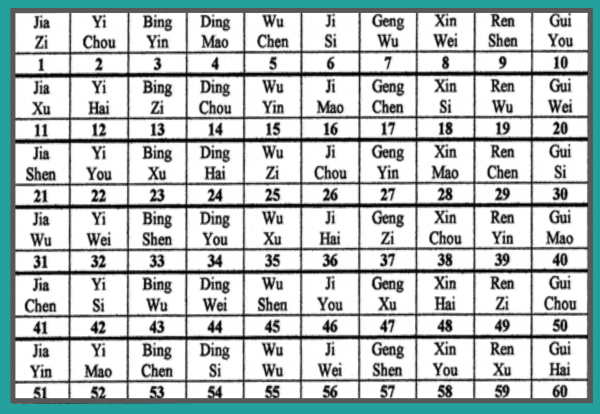 “A calendar that measures time in a spiral way.”

Uses of the Chinese Calendar

The Chinese lunisolar calendar is used in Chinese astrology, I call it “Energy Diagrams” in addition to other applicable systems in forecasting and planning.

The methodology used is to assign to the hour, day, month and year one of the 60 combinations, based on the principle of synchronism, this assignment allows us to measure the time frequency of the moment, its qualities, actions…. and even better, analyze the relationship between each of them.

If someone tells you that you are a Snake or a Horse, the connotation is deeper, because your date of birth has the possibility of having more animals within your Diagram, specifically 4 possibilities. Each animal will be accompanied by an element or Stem, which is an action tool, but it can also be a character or a type of filial, couple, work relationship, etc.

Energy diagrams are an instrument of self-knowledge, so today, this discipline is penetrating Psychology, or therapies of human knowledge. Considering that the human being has free will, despite a certain roadmap drawn at birth, such as the place of birth, family, etc., what matters in the study of the diagram are the tools that he put in his backpack at birth, these tools are the potential that allows the development of the person.

The implementation in our lives of the Coaching service has aroused the interest of other disciplines used for war strategy, such as Qi Men Dun Jia or Weng Wan Gua, I call it “Strategy and planning methodology”, which are based on the Jia Zi calendar of 60 combinations.

By understanding time as an energetic frequency, it can be measured in different units, using the celestial stems and terrestrial branches present in the Chinese calendar we can decipher and value the hidden codes in each of them. The value of these codes will depend on the focus of attention to be studied.

If our objective is, to study or forecast the energy potential that the political or economic situation will have in a country or a certain individual, we can apply any of the aforementioned methodologies to obtain information that reinforces or changes the perception of the consultant’s situation. The objective is not to create the final image, it is about broadening the observer’s vision, being a self-knowledge tool it is truly useful, accurate and effective, it raises the connection between the human being, his environment and the universe.

In the Chinese calendar, which animal belongs to my year of birth?

The Chinese calendar is one of the tools that translates and decodes the message of the Universe, facilitates communication between human beings and their environment, explaining the cause and effect, the probability of something in the present and in the near future, only We can change the outcome through appropriate actions, although we may not be able to change everything. 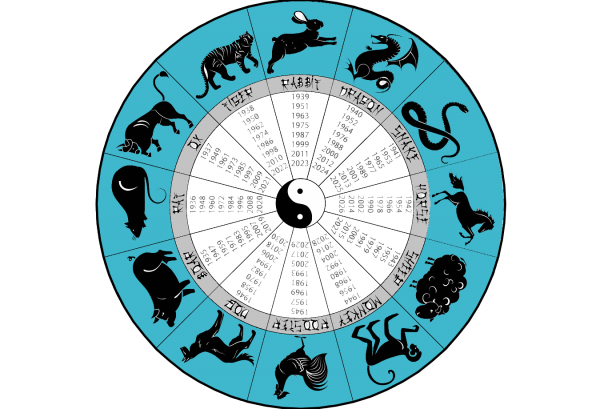