How to benefit from the different schools of Feng Shui

In order to improve the relationship between the existing space in a home, business premises  and the people who occupy it, different schools of Feng Shui have had to go their own evolutionary path.

The first of the schools developed was the Form School , which studies the environment and the configurations created, to understand how to balance the possible effects of places on human beings.

It seems incredible, how the external configurations of the space we inhabit, affect us physically and mentally. It is not the same to have near us in a rural space, with a living vegetation, full of oxygen, with space for silence and meditation, than to have near our home a chain of mountains devastated by deforestation and excavations, or simply by a process of abrasion produced over time.

The study of the route of the rivers, their course and flow, gives us information that can contribute a benefit to the development of a rural community or a particular home.

The Form School , in an urban environment, studies how the urbanism of the city is projected, taking information from the layout of the streets and the different modeling of the blocks.

Making an analysis of the shape of each block, the place where a house is located within it, are data that contribute to a look connected to the search for balance between the Yin and Yang of the environment, which can be counteracted by the possible differences of the place, with the creation of a landscaping or a better distribution of circulation routes.

The compass before and after

After the discovery of magnetite, the creation of the Compass, allowed to give an orientation to each of the energetic manifestations of nature, helping to understand the relationship of man with it. This advance promotes the founding of the  Compass  School .

The Compass School uses magnetic directions to locate the façade of your house or business premises, and from there, measure which energy frequency enters through the different access routes.

This school is subdivided into two teaching aspects, which, depending on the type of project to be carried out, may implement one or the other. 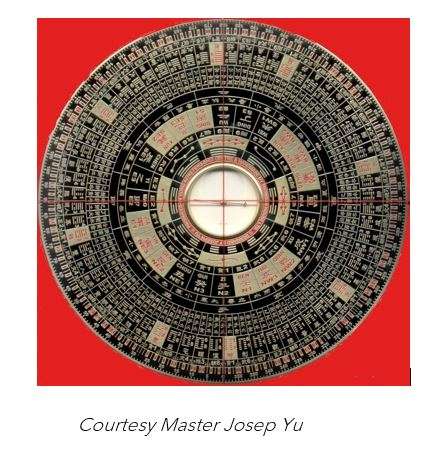 If the study is aimed at macro projects, whose influence on the environment will provide a long-term answer, we will use the San He School. Both, the creation and development of a city, urbanization project, as in the commercial aspect, the development of an industrial park of a free zone, the creation of a shopping center or commercial plaza, we will use this discipline as a guide. Many designers in the field of architecture have found in this school, an aid to the understanding of the forms and non-forms of the environment, for making decisions about the location of the project to be developed on the ground

The Feng Shui implementation, allows us to carry out a new projection of the space we occupy, more beneficial for our health, well-being and prosperity, this vision gave rise to the emergence of the San Yuan School.

Its application helps us to synchronize with the natural rhythm of the earth and space, to know our energy intervention, according to the activities we carry out, to become aware of our mediation over everything that surrounds us, to consider the importance of the passage of time and the existence of the different cycles.

This school focuses on more micro and personalized projects, its application effects are visible in the short term.

Within the San Yuan school, several schools stand out, whose methodology is based on a common root, but each one of them works different layers.

Among the schools, the following stand out: 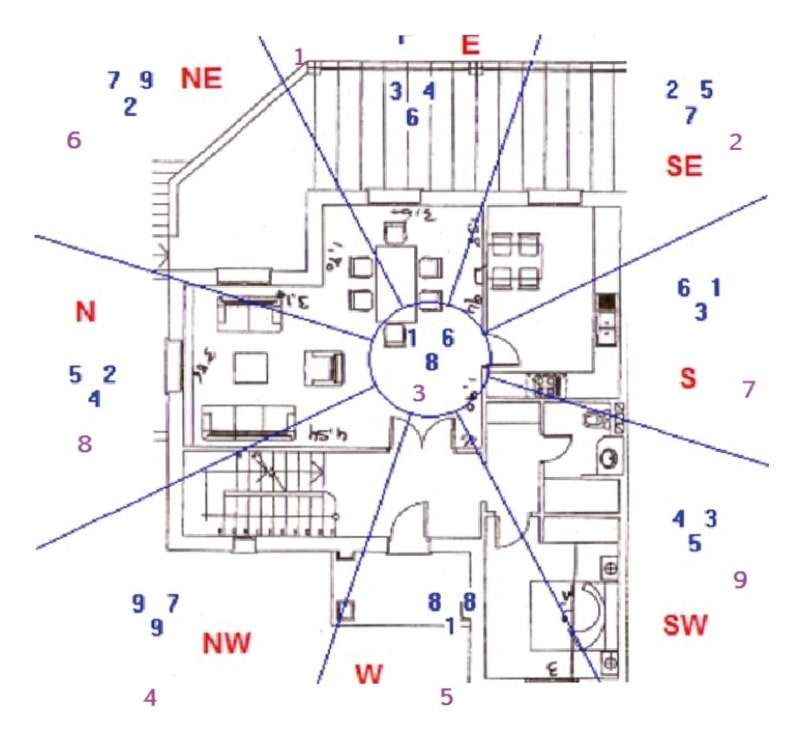 The methodology of the Flying Stars School (Fei Xing) uses the compass, the map of the place, as well as the time factor as a source of information. By taking into consideration the year of completion of the construction of the house, or premises, you can establish the energy diagrams of the place.

The energy diagram works like a scanner whose codes allow us to see how to use the internal space to distribute the furniture, according to the distribution of the most favorable energies. Furthermore, in a consultancy we advise you on choosing the most suitable colors and geometric shapes for each area, in order to obtain the best balance.

Knowing the energy of each of the spaces in your home or commercial premises, the consultant recommends which activities are the most appropriate for each area, making the most of it. 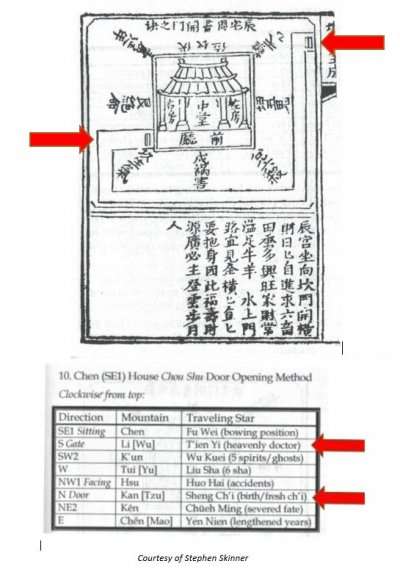 Although it has been one of the most widely used, due to its easy implementation, the use of the time factor is obviated. It is a static method which does not allow changes.

I think that the great contribution of this school is the Ming gua number or Life Number, which allows us to identify individually within a house, which is the appropriate magnetic direction within a space, where each person has a better connection for the carrying out an activity or  for rest.

Feng Shui seeks the connection with their environment, using several methodologies, trying to work in different layers that allow it to measure the Qi that enters the homes or premises, in order to obtain a benefit from it.

One of the aspects that the Da Gua method, is to measure the Qi that accesses from the street, in relation to the Qi of the main entrance or door of the house or  commercial premises. Many professionals use this method in order to locate in an specific  magnetic sector, the entrance door with better energy communication that favors the occupants of the place.

The Da gua Method can be used inside the home, measuring the Qi, in order to place the bed or desk in the most beneficial place, it measures the Qi that enters from the door in each of the areas.

The Feng shui journey has more than 3 millennia, but its intention remains the same, the search to connect people with their environment and benefit each other.

Seeking the improvement of health, relationships and well-being, is a clear concept, which takes many years of evolution with it, presenting favorable evidence when its implementation is based on a good methodology, whose main principle is the cycles of nature.

“In its highest and purest form, good feng shui means a perfect alignment between the inner and outer world.”