One of the initial steps for the study of a place is to detect the characteristics of the environment, observe those around us, looking for the factors that provide support to the house or building. When the peoples in ancient China began their settlement process, the main objective was to seek that support that could accommodate economic development and provide the shelter for the development of relations.

Feng Shui was born from that emerging need to find a place that provides them with the environmental characteristics for the community development  .

Together, taking care of the relationship between them, they obtained the guidelines that provided the patterns that responded to the experiences of the inhabitants in different settings.

Observation established the pattern that would provide the greatest stability, usable in different environmental configurations.

Knowing the environment and communicating with it means knowing its influences and peculiarities. Knowing their codes helps us when selecting a home, whether it is rent or purchase, it is knowledge from another place.

It has nothing to do with superstition or belief, not even getting rich overnight, or finding love or fame. It is about not being oblivious to your surroundings, leaving the concept of anthropocentrism, and going beyond the biophilic process, understanding the flow of Qi from external forms, for mutual benefit. It is a give and take relationship. 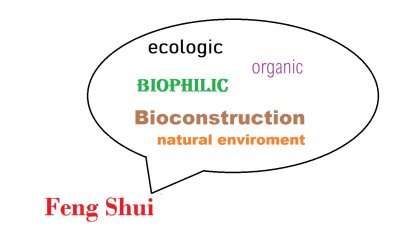 The idea is to understand how the external Qi flows into your home, identifying the favorable and unfavorable aspects. The study of forms teaches us the guidelines to avoid or reverse unfavorable configurations and take advantage of the most favorable ones. It is one of the foundations of the Form School .

The study of the plot, the configurations of mountains, rivers and their channels, lakes and marshes, and open spaces show us characteristics of Qi types.

According to the principles of  Yin and Yang, when developing a comparison between the elements that make up the environment, the mountains and the Earth have Yin characteristics due to their inactivity, they usually receive and project the Qi, however, rivers and roads they represent circulation, transport of Qi.

The open space is where the Qi is collected, its function reminds us of the importance of retaining the Qi that is transported through the flow of the Qi of Heaven and the Qi of Man we can observe it from a wide spectrum in a field or in a more internal space within specific areas of the home. The home, city or place to study will be the focus of attention, we will put all eyes there to identify the existing relationship with the environment.

The Form School , develops its foundations by making a simile where they integrated the natural characteristics that each mythological animal possesses, comparing them with the environment and human behavior, it is the concept of the Five Celestial Animals.

The celestial animals (Mythology) Black Turtle, Green Dragon, White Tiger and the Phoenix Bird are the names established by Chinese culture, it facilitates us to understand when studying the forms of a place, we can observe it in a natural environment just like in an urban setting.

It provides us with information about the energy of what surrounds us, since through this study we will know how to look for protection for the home, taking advantage of the beneficial forms and we will try to avoid the not so beneficial forms.

The Black Tortoise represents the support or protection, in the physical aspect, it would be the building that is behind your home, when you have good support you have good relationships and good health. 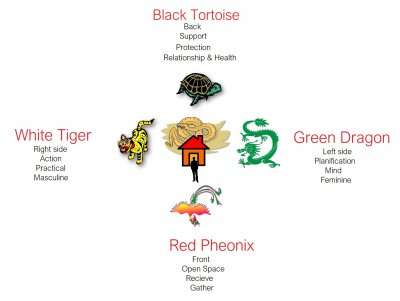 The Crimson Bird represents the open space, where you can receive things or situations that come from the outside. It will not surprise you that a hotel lobby has an open and well-cared entrance to welcome visitors.

The White Tiger (the masculine) and the Green Dragon (the feminine) represent the practical or the action to the right and planning to the left, in ancient China the ministers who were on the left were those who were in charge of planning of the city, of the collection or of the trade, however, those in charge of activities such as the military or the execution of civil engineering were placed on the right.

The Yellow Snake represents the house or the person, that is, the focus of attention.

To locate these four animals, we must take into consideration the position from where we observe and what type of Feng Shui it is applied to. The origin of the Feng Shui of the Forms, comes from the choice of the places for the burials.

During the Chin Dynasty (265-420) he established the principles to find the right places, this concept was called Feng Shui Yin. In Chinese culture, the place where the remains of their relatives will rest is taken into consideration, to benefit the descendants, the idea indicated that a good place for graves could provide relatives with the energy of prosperity and achievement.

Years later in the Song dynasty, the founding Master of the Xuan Kong school gave more importance to Feng Shui Yang, destined to the houses or places where human activity existed, so we had to change the location of the observer, our focus did not It was the Stone of the tomb, but the facade of the house. Master Joseph Yu reminds us of the rhymes of traditional poetry.

In Feng shui, this same structure is used from the front of the house outwards.

Some details to observe about the environment and the Five animals

According to the configuration of the five animals, the presence of each animal was studied, or failing that, the absence of one or more of them, allowing to know if a place presents abundance or lack of planning, action, support or openness.

It is of great importance that the house has Black Tortoise. If it is in a rural or urban setting, the Turtle should gently border the house. In a rural setting where there are no elevated terrain such as hills or hills, the presence of trees, hedges or mounds of earth can serve that purpose, although they are not as powerful as the natural forms of the landscape. 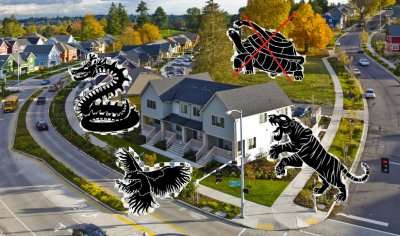 When observing the Green Dragon and the White Tiger, we compare the size of the buildings or Mountains, which is the one that imposes the most force. This clarifies whether it is the Yin, Feminine or Yang, masculine force, to reinforce planning aspects in a home or execution, through physical forms and individual knowledge of the inhabitants of the dwelling of these patrons.

The absence of the Black Tortoise suggests that we observe when we carry out a more in-depth study of Feng shui the issues related to health and human relationships, regarding the absence of the White Tiger, we can focus on how the inhabitants of the house handle the related to planning.

How can we use these principles in our everyday life?

In the imperial courts, we could distinguish, which ministers were in charge of planning or execution, depending on the place they occupied near the Emperor. 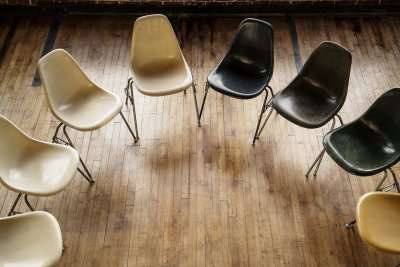 These principles can be used today to indicate the best place to be in a meeting, according to the objective of the meeting, whether it is looking for support for a project, openness to present new ideas, request to create new projects or search for a team. for execution. This same method can be applied in a personal or family project.

Would you like to know how you can benefit from the shapes of the environment?